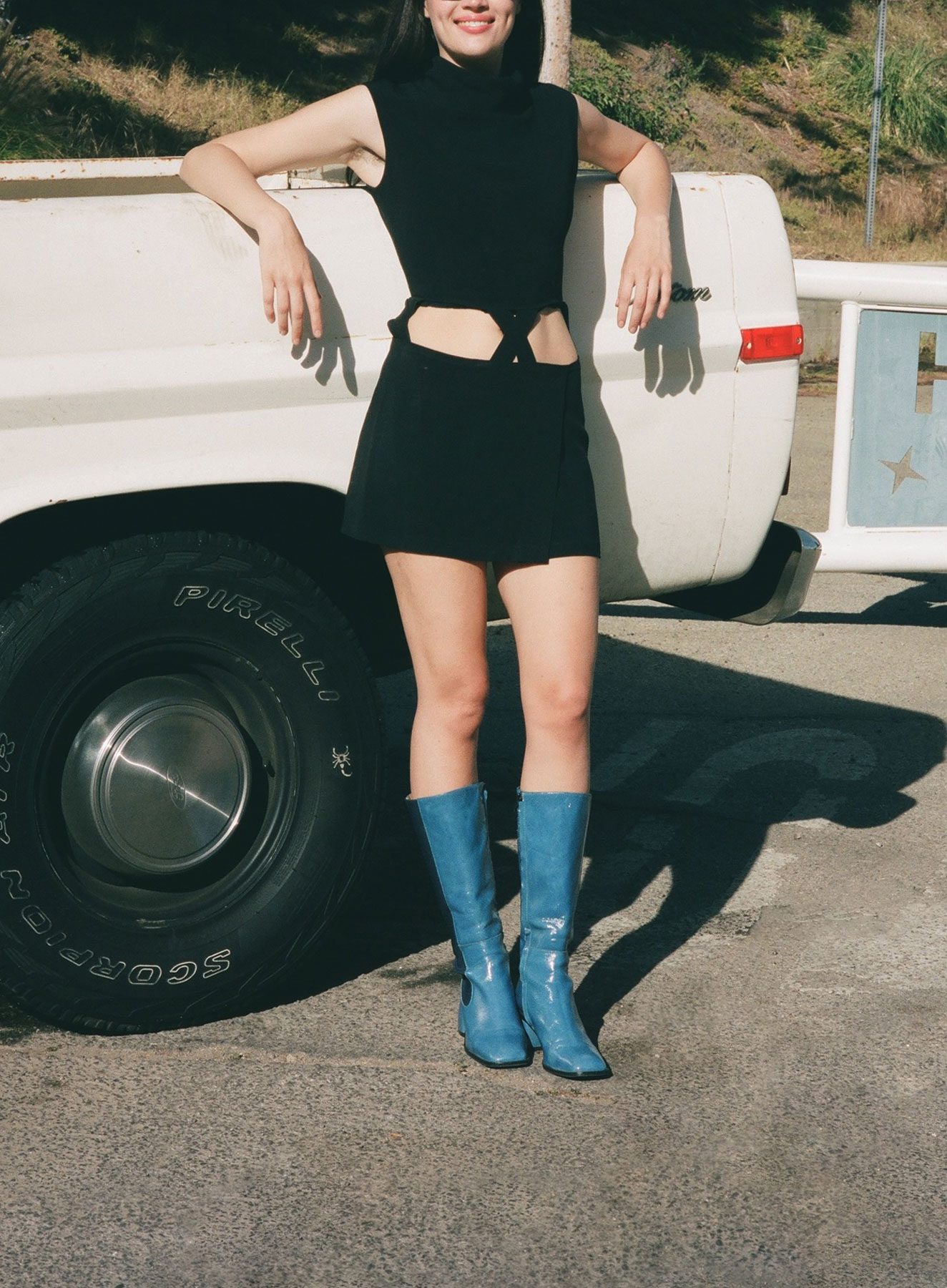 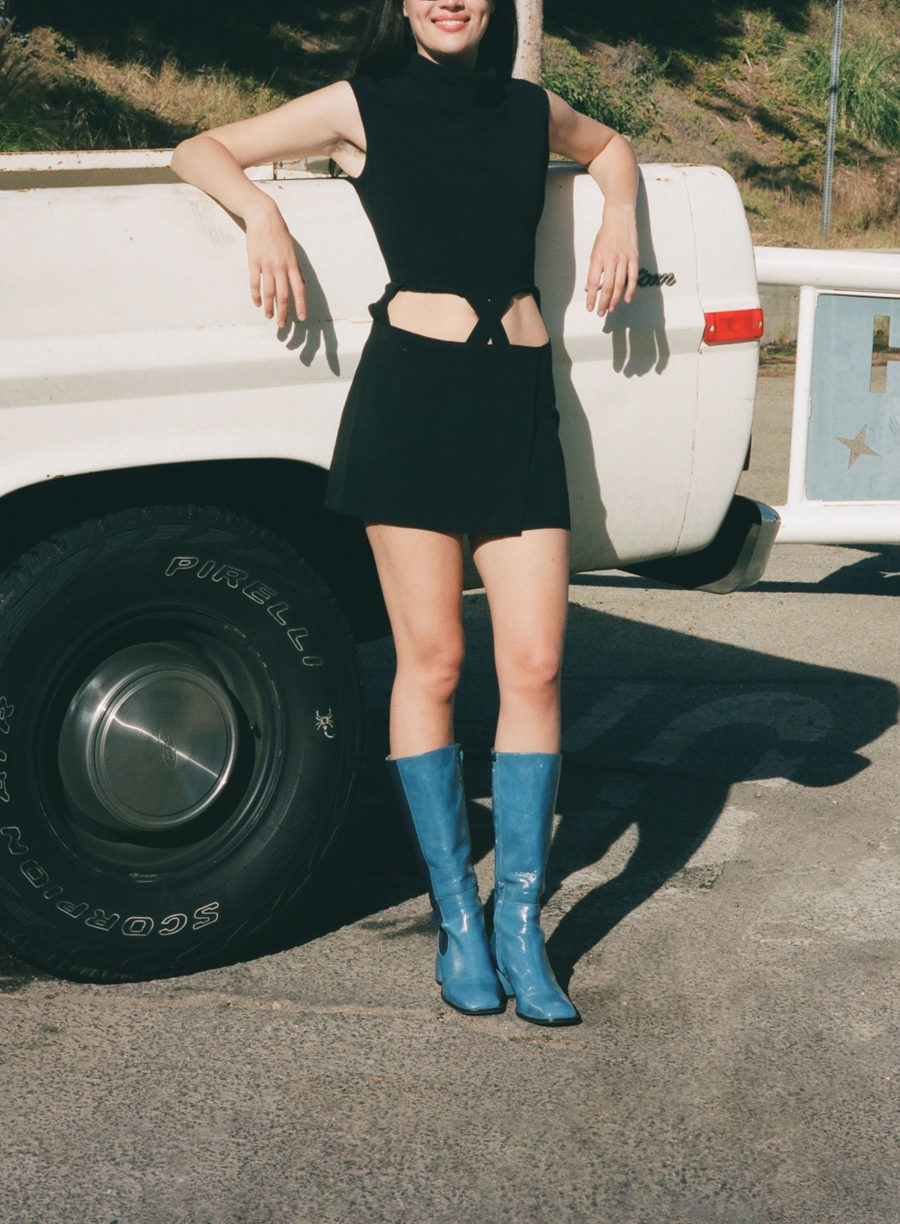 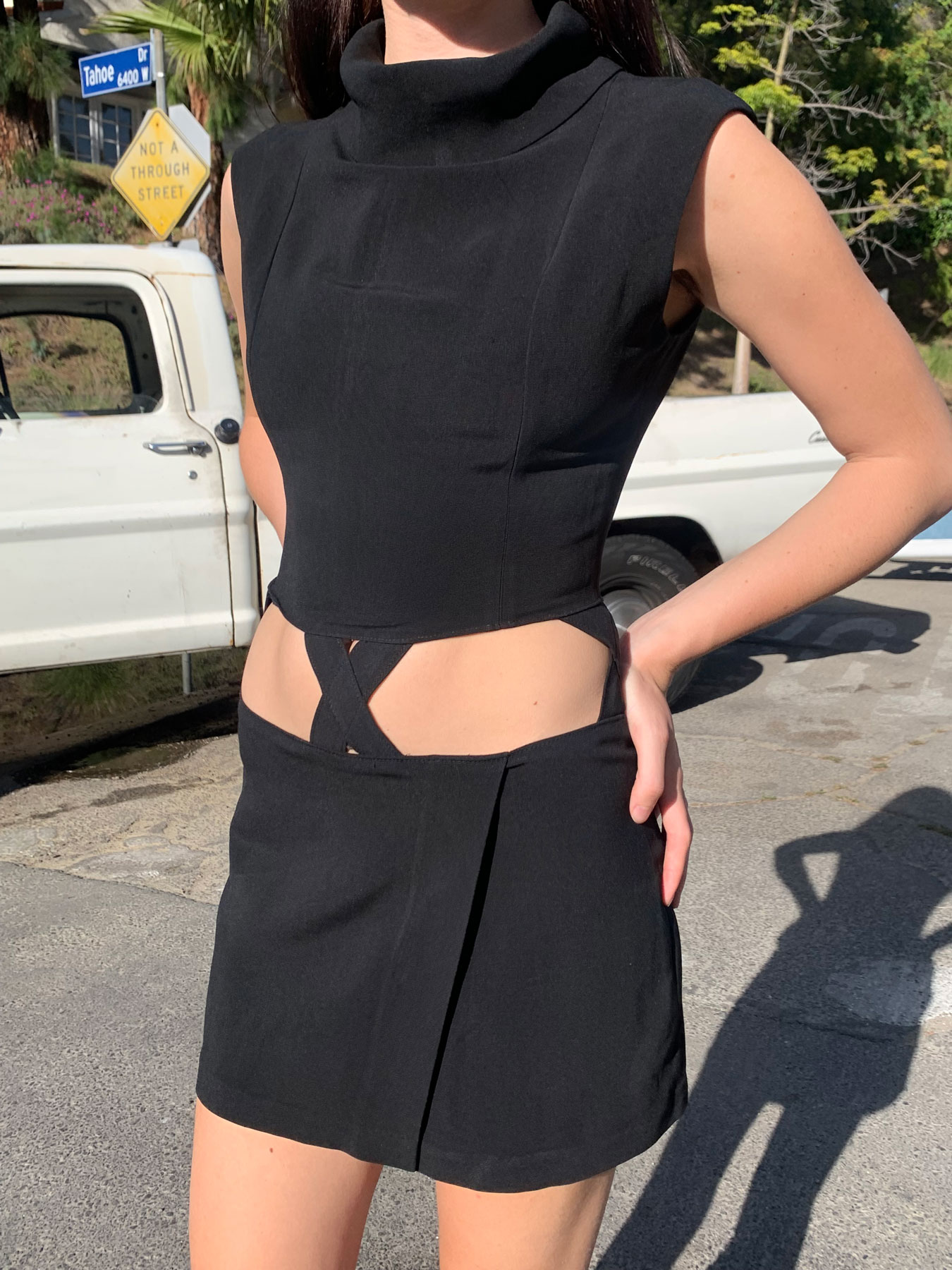 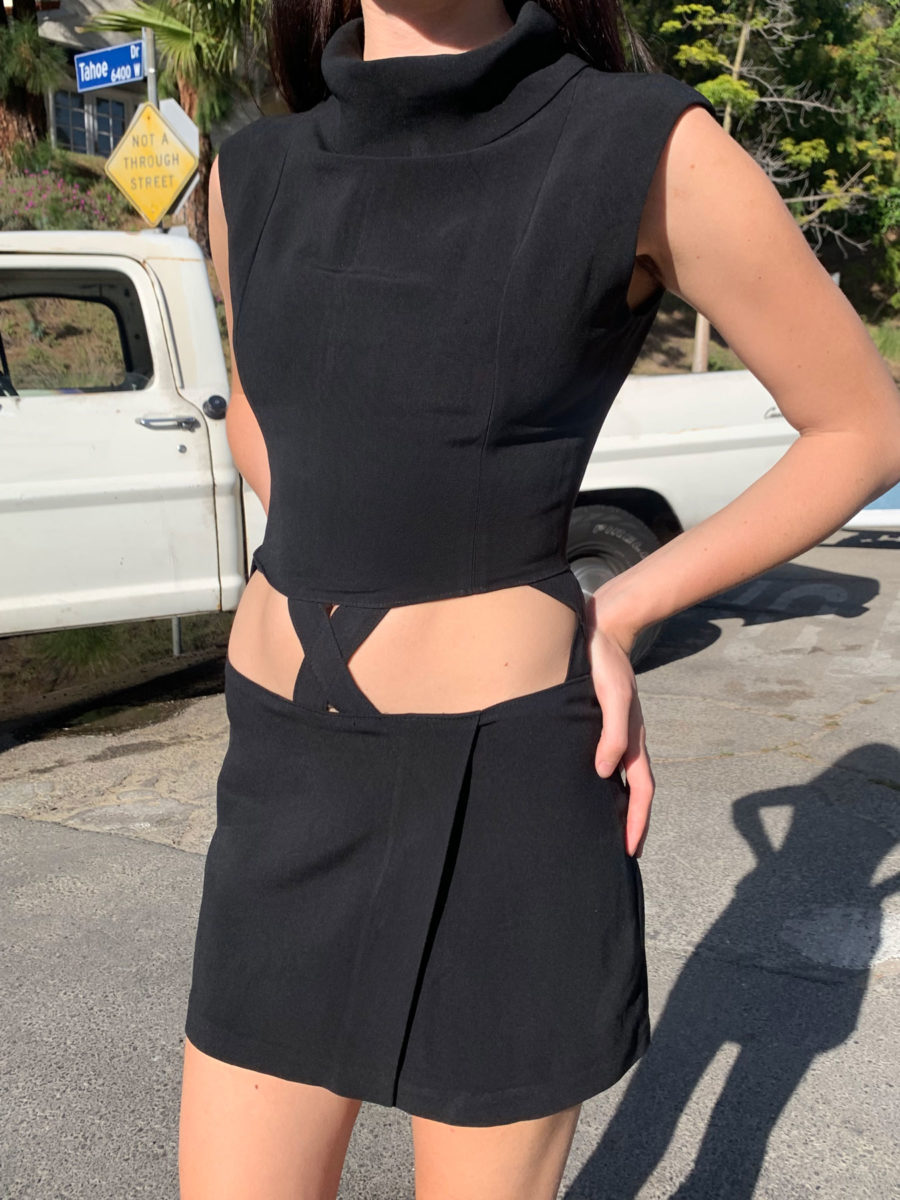 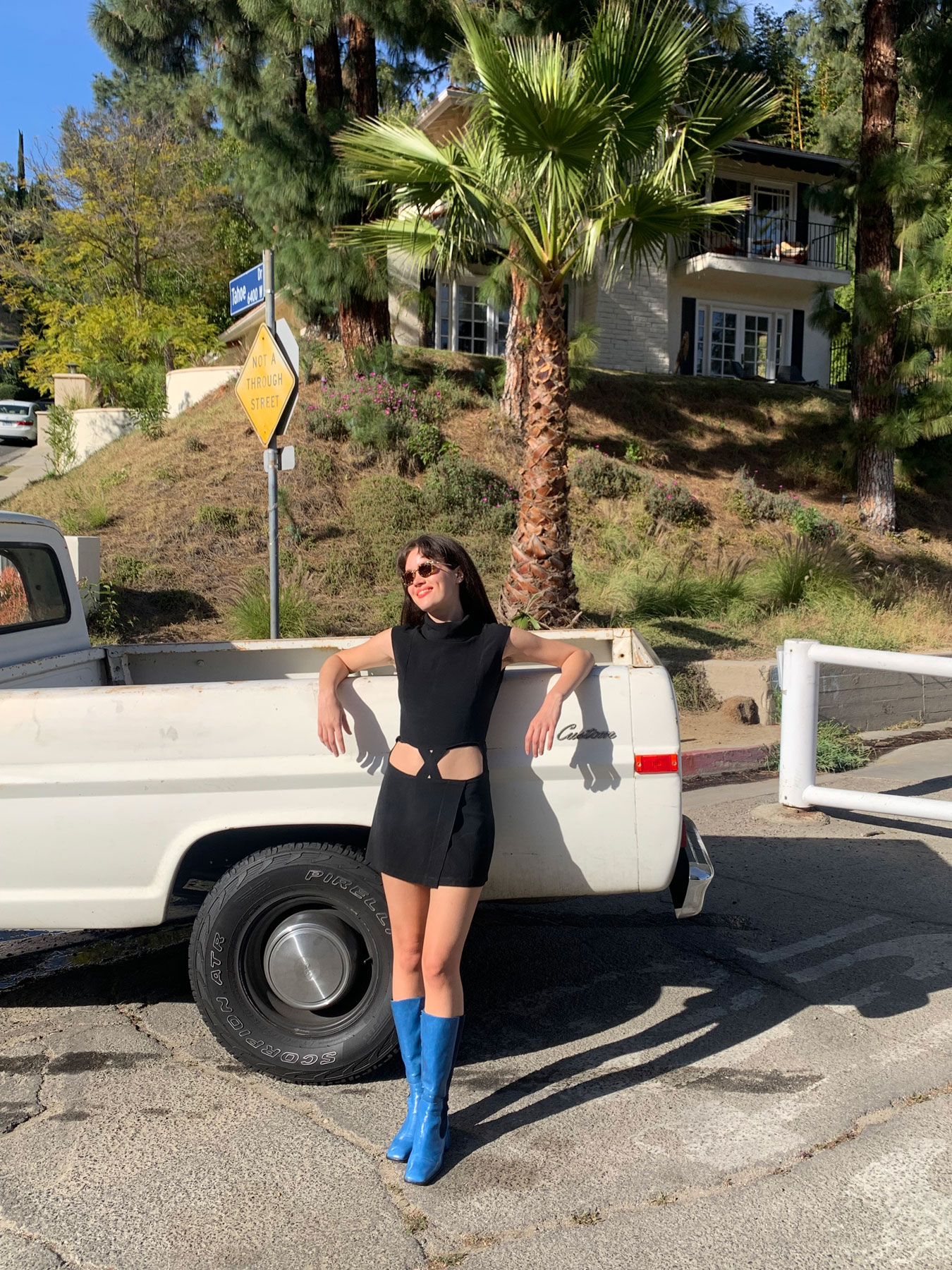 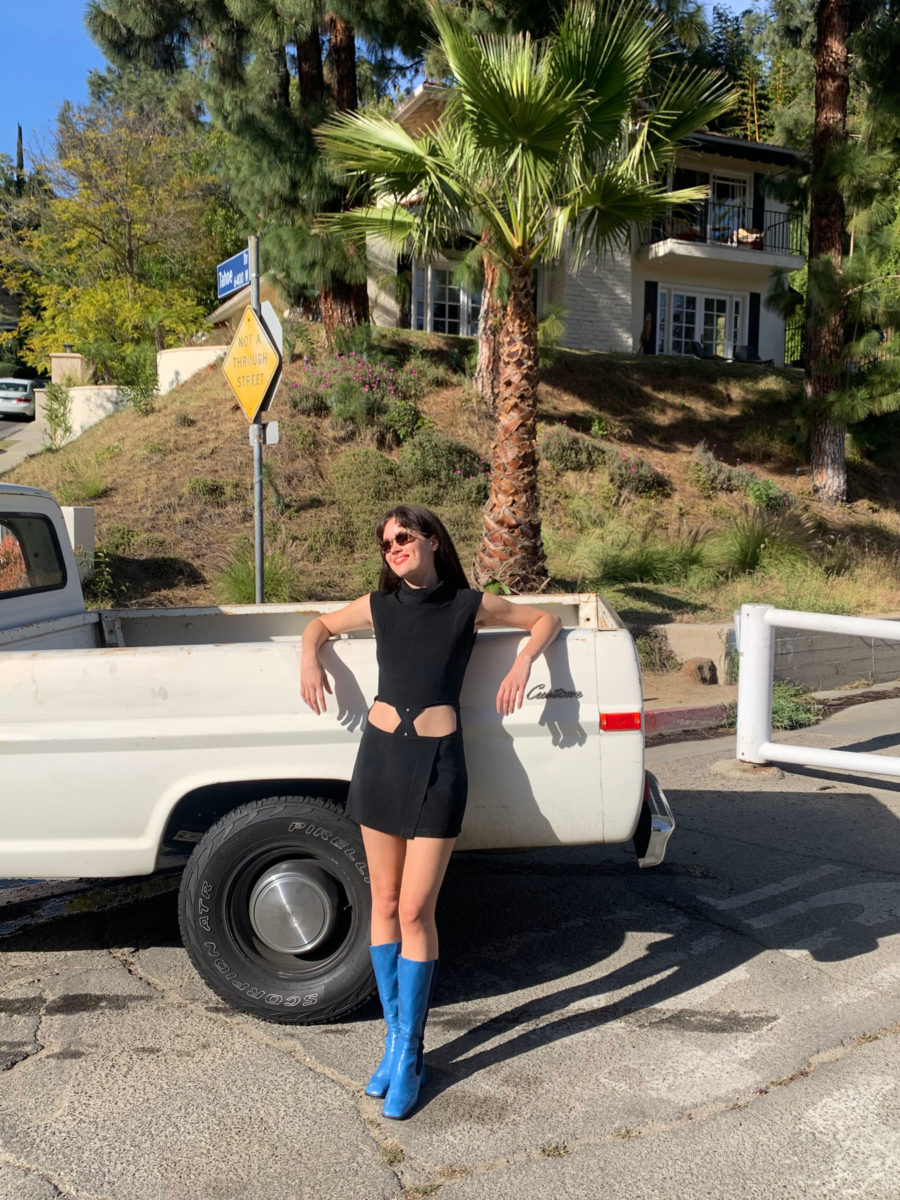 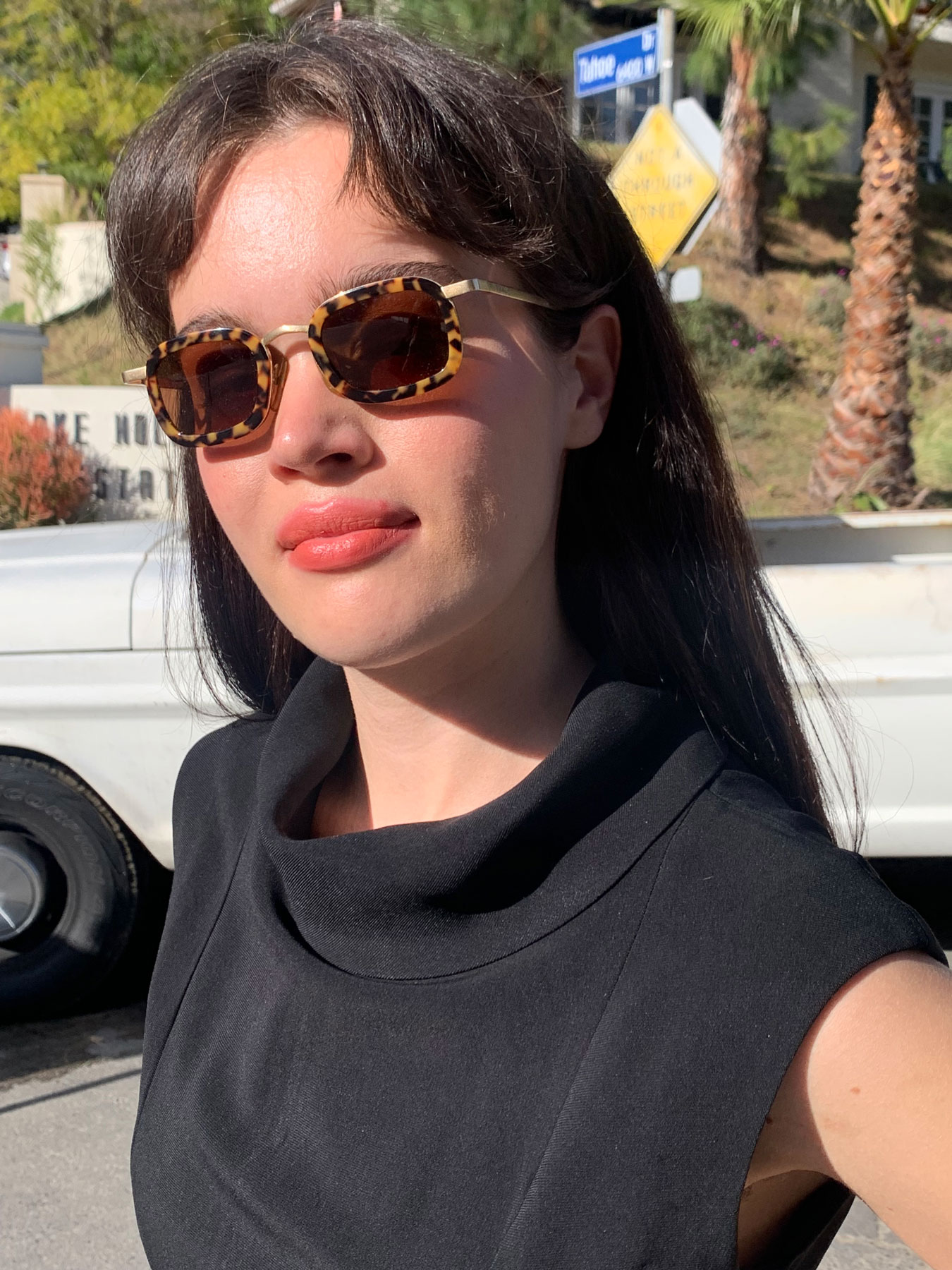 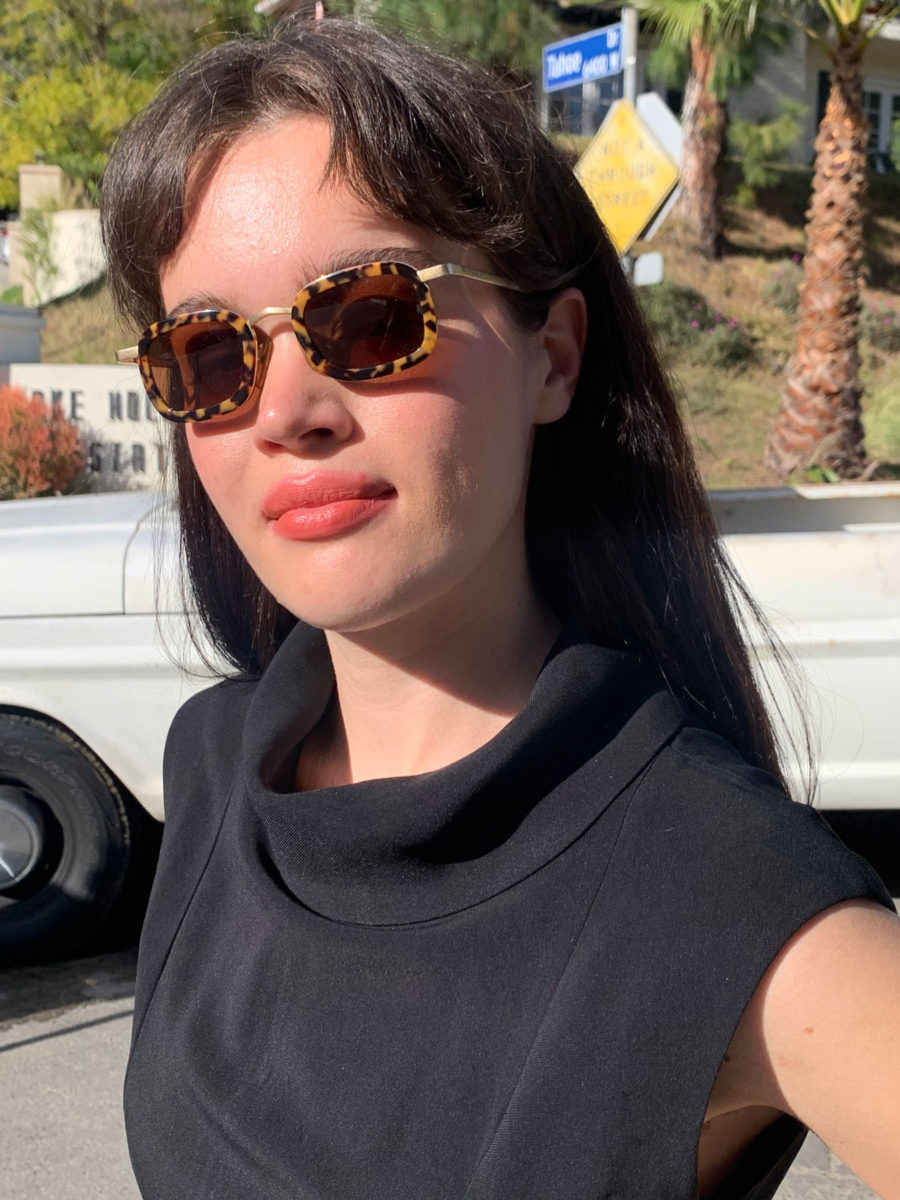 Amazing and most fun dress ever, by the one and only Paco Rabanne.
Completely black with geometrical cut out at the waist and high neck.

Definitely a statement dress and a stunner. Make an entrance with it and enjoy being the envy.

About the designer: Paco Rabanne was born in Spain, 1934, but his family moved to France during the Civil War.
He studied architecture in Paris, although he soon ventured into the world of fashion. His earliest contribution to fashion were his bold plastic jewellery and buttons which he sold to Balenciaga, Dior and Givenchy.
In 1965 he started his career as a designer by presenting a collection of 12 contemporary dresses which he called “the Unwearables”, including his first plastic dress. In 1966 Paco Rabanne opened his store, where he earned international repute for his metal-linked plastic-disc dresses and jewellery made of plastic in primary colours.
Paco Rabanne’s dresses and flamboyant designs stole the show in Paris and became known as “l’enfant terrible” of the 1960’s French fashion world.

– Label reads: “Paco Rabanne Paris”
– Unsized and no composition tag.
– Real size: Best for a current Small, but no XS.
– Zipper down the back.
– Unlined.
– Good Vintage condition. Little signs of wear here and there but no stains or flaws.

This website uses cookies to improve your experience while you navigate through the website. Out of these, the cookies that are categorized as necessary are stored on your browser as they are essential for the working of basic functionalities of the website. We also use third-party cookies that help us analyze and understand how you use this website. These cookies will be stored in your browser only with your consent. You also have the option to opt-out of these cookies. But opting out of some of these cookies may affect your browsing experience.
Necessary Always Enabled
Necessary cookies are absolutely essential for the website to function properly. This category only includes cookies that ensures basic functionalities and security features of the website. These cookies do not store any personal information.
Non-necessary
Any cookies that may not be particularly necessary for the website to function and is used specifically to collect user personal data via analytics, ads, other embedded contents are termed as non-necessary cookies. It is mandatory to procure user consent prior to running these cookies on your website.
SAVE & ACCEPT